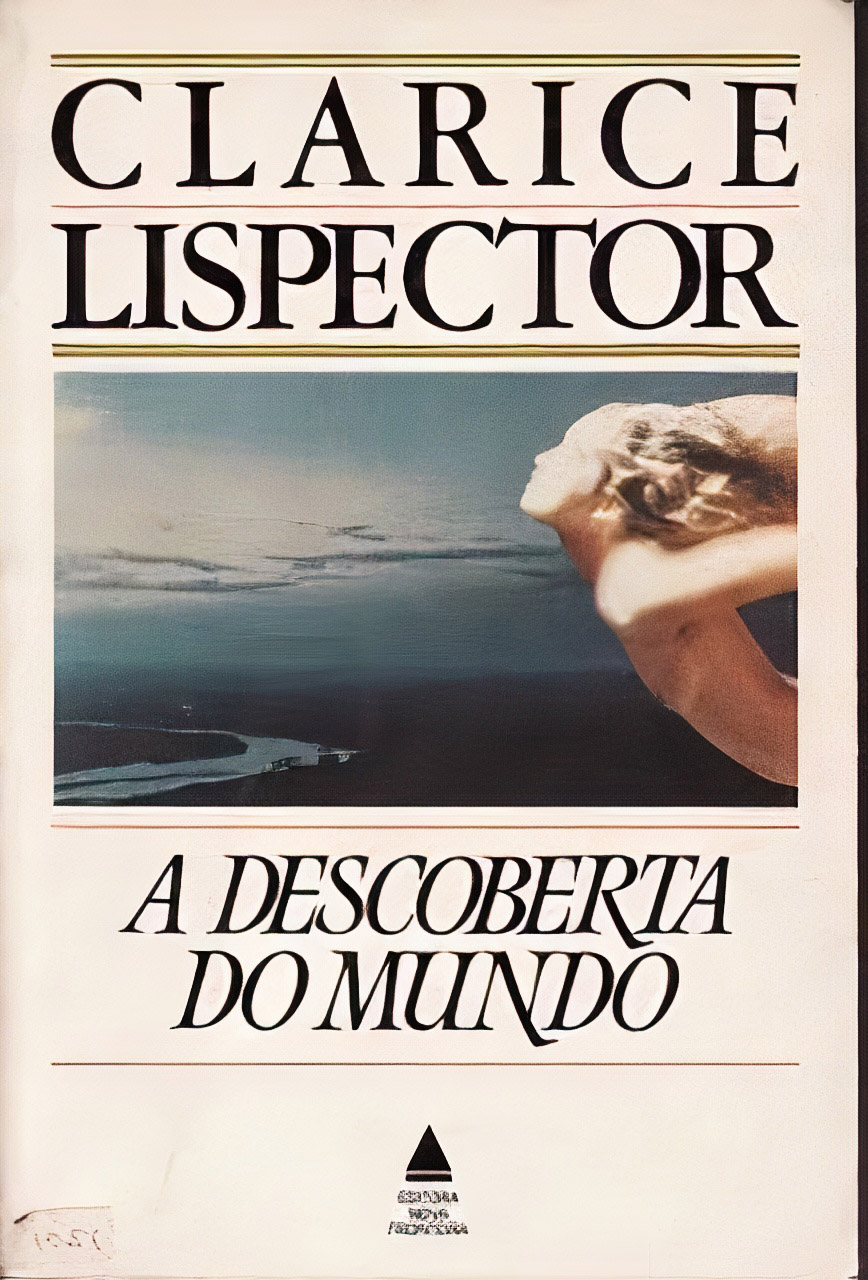 Discovering the World brings together 468 chronicles originally published in the weekly column that the writer wrote for the Jornal do Brasil between 1967 and 1973. It was organized in chronological order and, as the title suggests, addresses diverse topics, under the impact of one who observes the world for the first time – discovering.

The reader passes through circumstantial matters, discovers sketches of short stories, and is led to reflections on the act of writing, which, in the author’s case, is of the order of vital experience. Struggling with what she feared most, public exposure of aspects of her private self, Lispector ended up accepting the job of writing for a newspaper, submitting herself to a permanent exercise of supplying the column every seven days. The pressure of time gives the set of texts an autobiographical dimension, which the author could not escape, as suggested in “Fernando Pessoa to the Rescue:” “These articles I write for my weekly column are not exactly chronicles, in my opinion. I am beginning, however, to understand our greatest chroniclers. Because they sign their work, they ultimately reveal themselves. Up to a certain point we are able to know them intimately and to recognize their style. And personally I think this is a good thing. When I write my books, I remain anonymous and in the background. Whereas in writing a weekly column I am allowing readers to know me. Am I in danger of losing my privacy? What am I to do? I type out my articles at the speed of the typewriter, and when I look to see what I have written, I realize I have revealed something about myself. I even believe that if I were to write an article about the over-production of coffee in Brazil, I should end up sounding personal. (…)”.

The work contains touching moments related to childhood memories in Recife, encounters and disagreements with friends, family relationships, books and films she liked, and also individuals that shaped her, such as the maid Aninha. But in no text does she limit herself to the factual. A domestic episode, such as the one she reports in “A Grasshopper Alias Hope,” or the impact of technology on daily life (such as “Electronic Brain”) flow into existential reflections or social enquiries. Sometimes she is direct in her criticism, as when she pronounces on education: “Dear Minister or President, to prevent young people from entering universities is criminal.”  Another important aspect of Lispector’s work revealed in this book is the penchant for humor, in different shades. The author captures the blatant tragicomedy of everyday life, turning to the subtlety of irony, the provocation of black humor, the daredevil Jewish humor that turns against the narrator herself. As in the text “Earlier It Was Perfect,” it boils down to a sentence: “Being born ruined my health.”