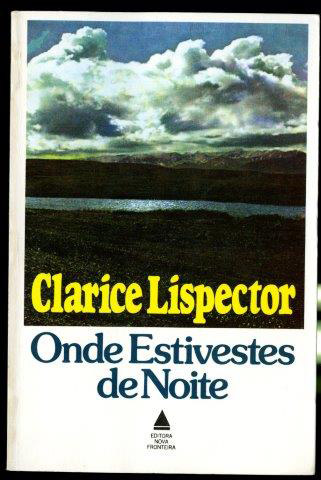 Published in 1974, Where You Were at Night brought together crônicas, short stories and fictional productions beyond classification. As the text that gives the book its title suggests, the work explores the dimensions of drives, areas bordering on delirium and magic, androgyny, and intimate layers of being. The night is represented as a materialization of the oneiric, a place of rituals, of improbable events that are nonetheless dense with reality – or with “infrareality” –, until the morning comes, “clear like some freshly washed thing.” A morning that “in such gentleness” can shelter the night and the “lighter and more silent way of existing.”

One of the barriers to be overcome in order to arrive at what “is,” according to “Report on the Thing,” consists in abolishing the word, preceding the act of designation. The excess of saying, and, at the same time, the incompleteness of saying, is in everything that is said. Just as the clock cannot account for the meaning of time, the word’s ability to signify is kept in check. This reflection reappears in “That’s Where I’m Going.”

Another theme of the book is aging. The vital appetite does not depend upon age, and the elderly person suffers condescending looks, sometimes of revulsion: in “In Search of a Dignity,” helplessness confronts Eros, the sexual drive ready to manifest itself, regardless of the age; in “The Departure of the Train,” the destinies of the young woman disillusioned with love and the elderly woman who had become a family burden are delicately “touched” upon. Another strong topic in the work is the epiphanic and brutal connection between subject and nature, whose power, devoid of rationality, surprises the life force and the violence of death.All this driving force is expressed in sentence collages, word flows, fragments, snapshots that synthesize evocations, feelings, and perceptions with intense poetic force. There is no lack of touches of Jewish humor and self-irony, which are not always noticed but are present in the entire oeuvre of Lispector. “I’m going to tell you all a secret: life is fatal) (“Soul Storm”). Better yet, in the verses Drummond dedicates to the book: “– Onde estivestes de noite/ Que de manhã regressais/ com o ultramundo nas veias,/ entre flores abissais?” [“– Where were you at night/ that you returned in the morning/ with the otherworld in your veins,/ among abysmal flowers?”]