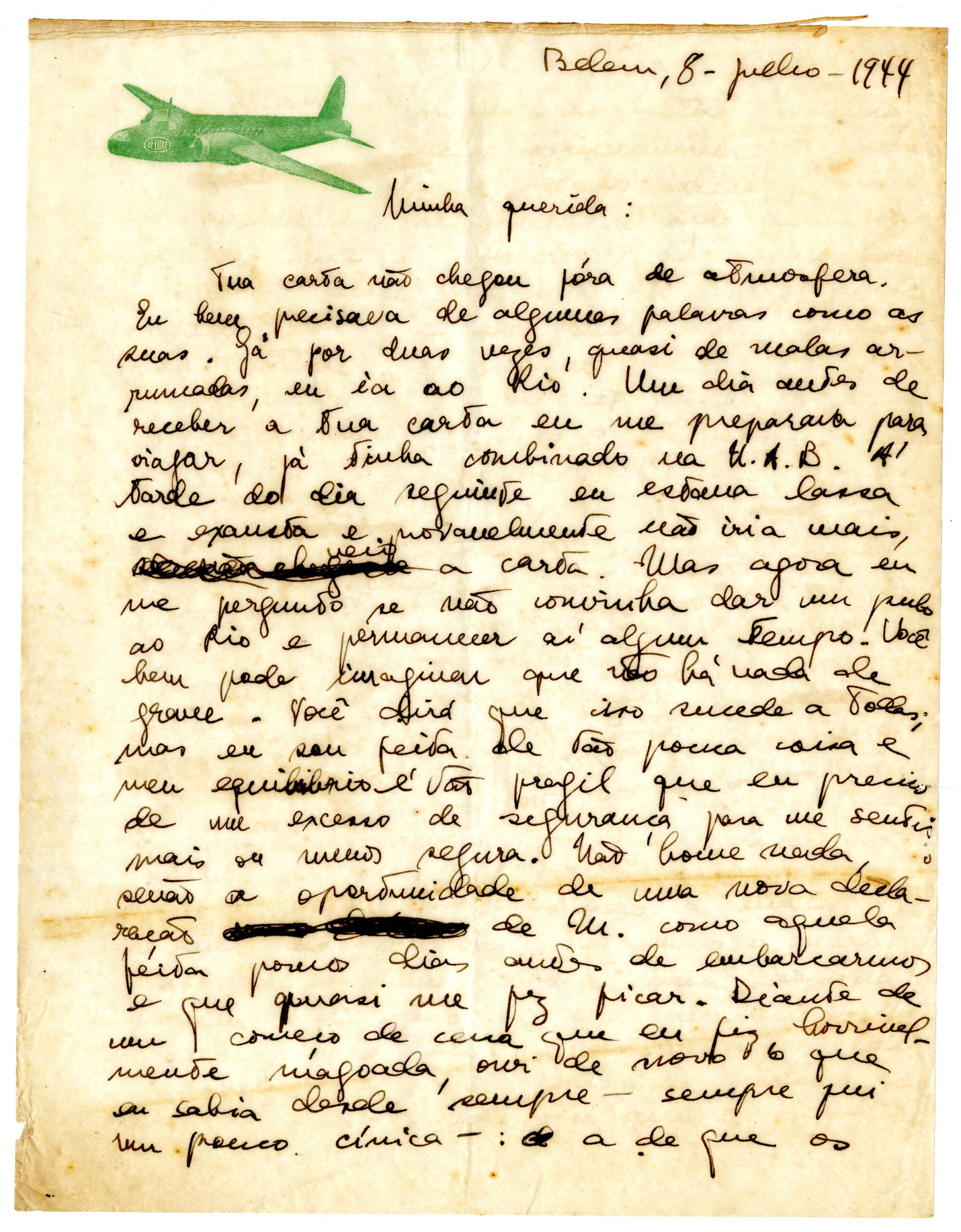 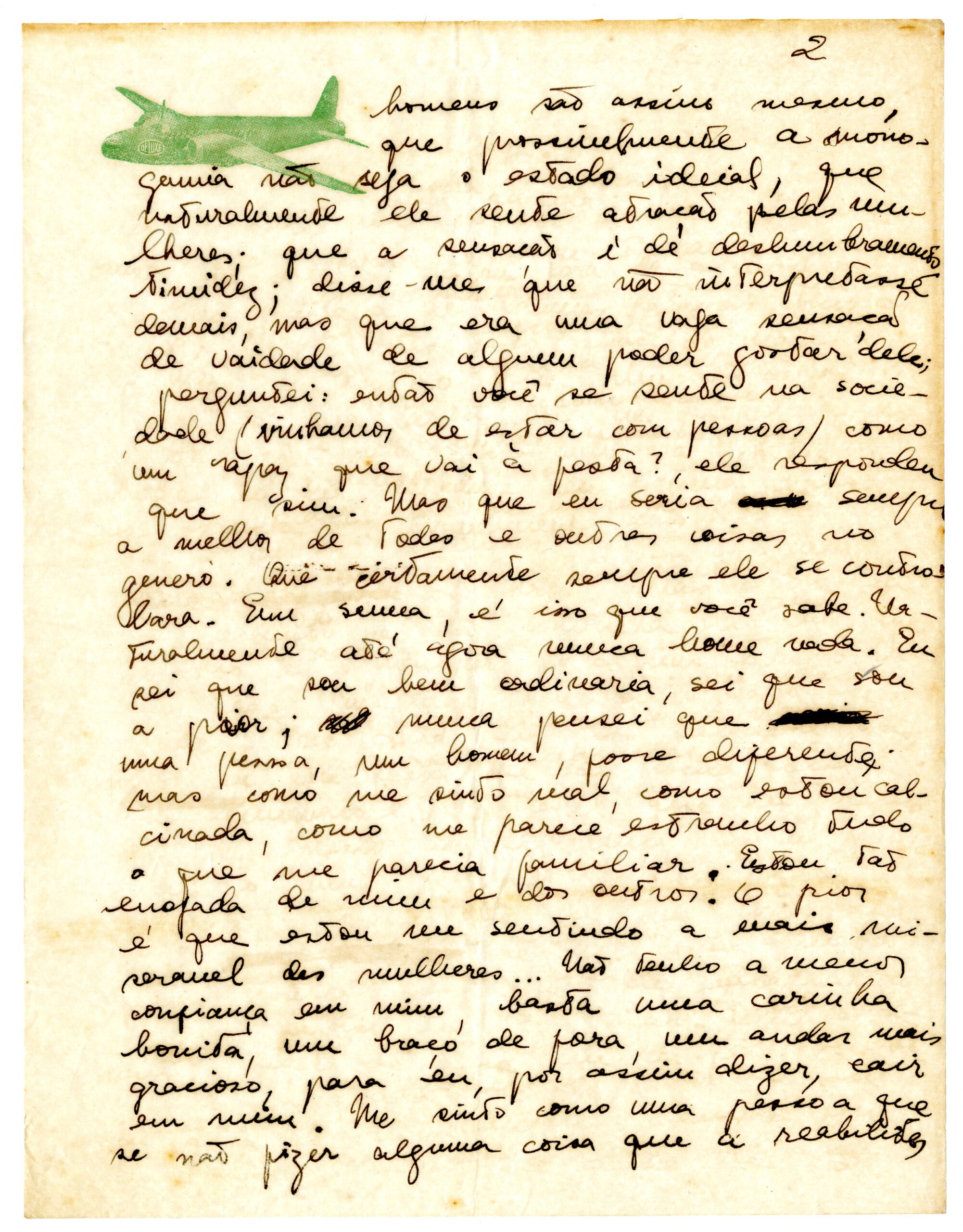 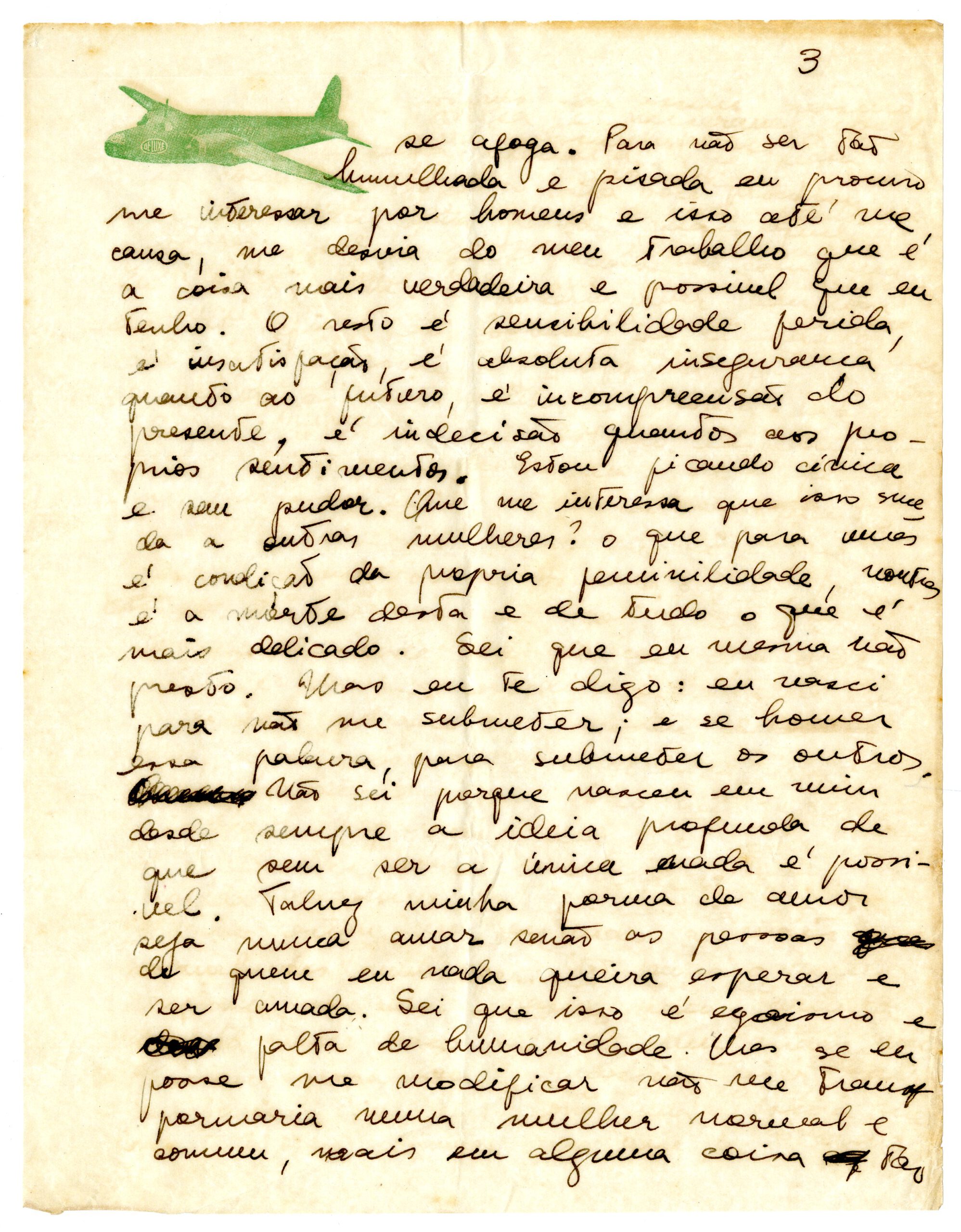 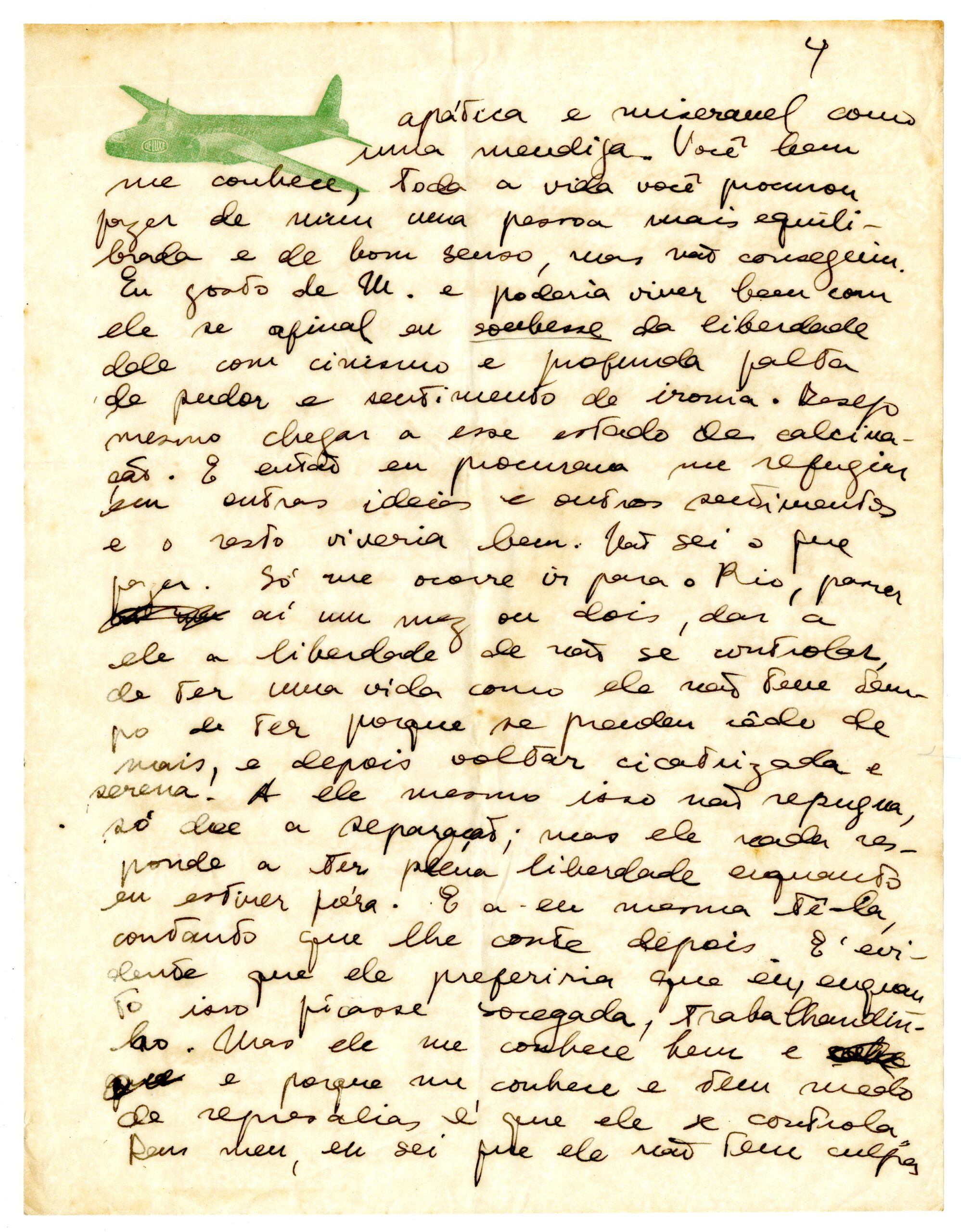 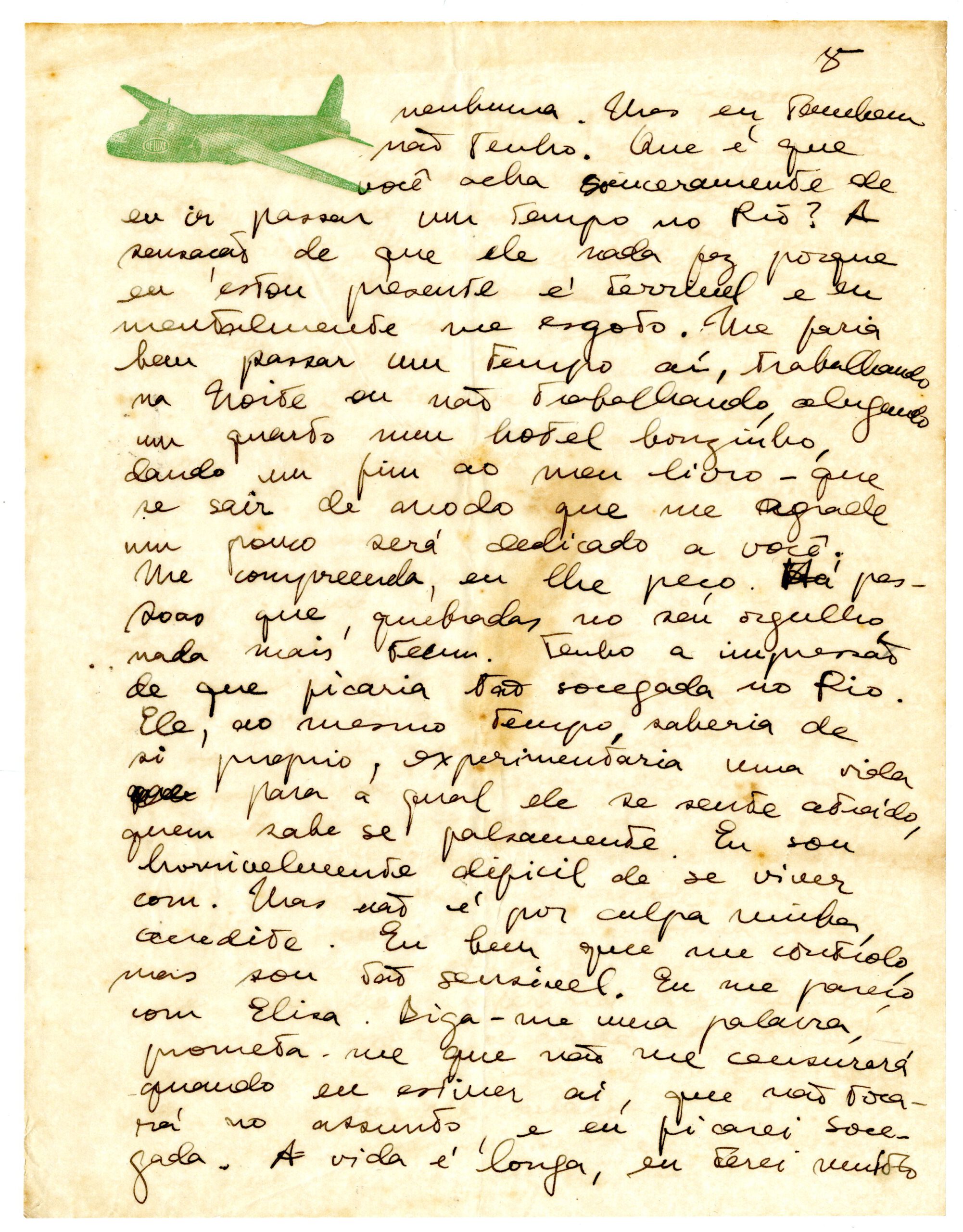 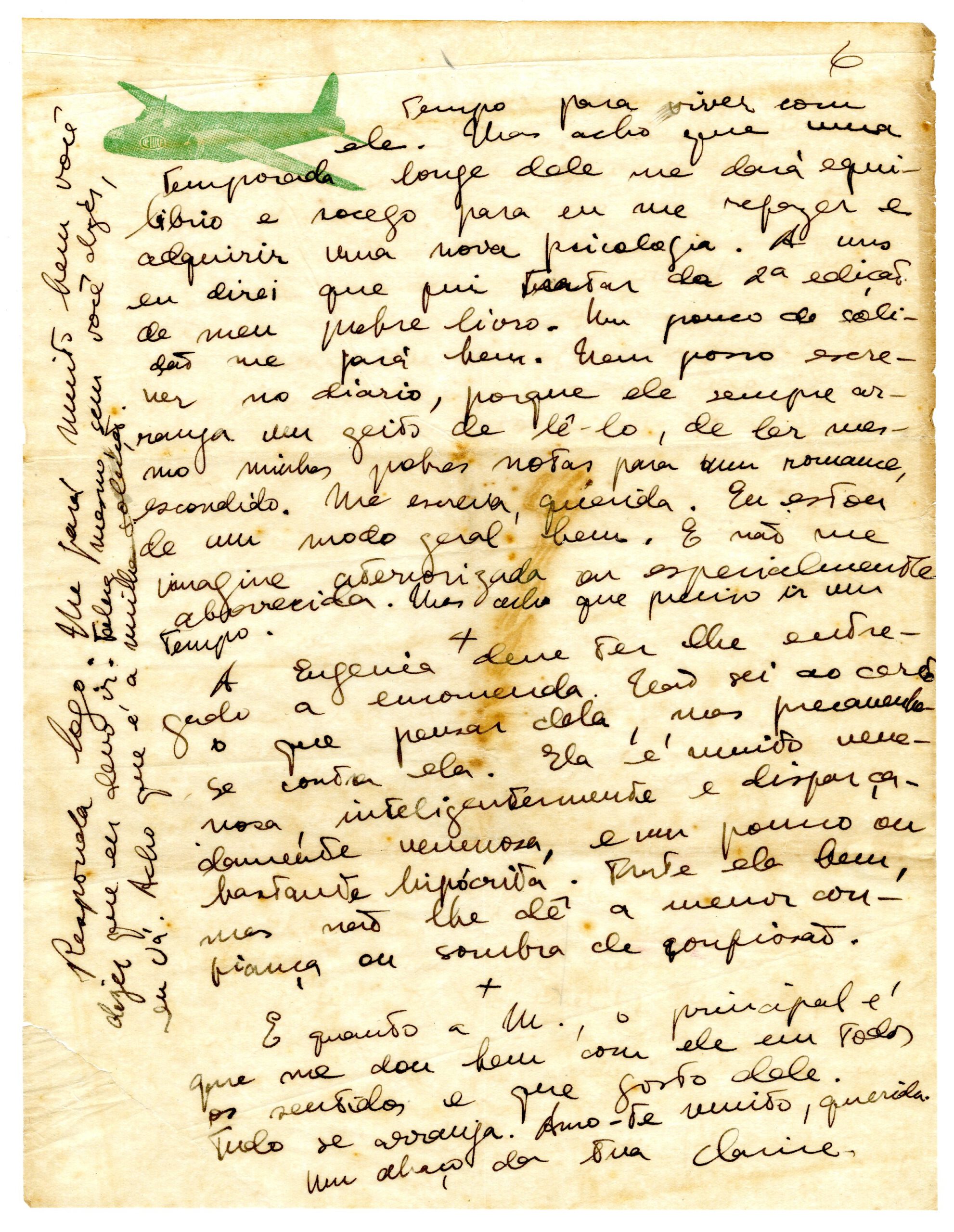 And as for M., the main thing is that I get along well with him in every sense and that I like him. Everything will work out. I love you a lot, darling.

Hugs from your Clarice.

Answer me soon. It will do me much good if you say I should go. Maybe even without your saying so, I’ll go. I think it’s my solution.